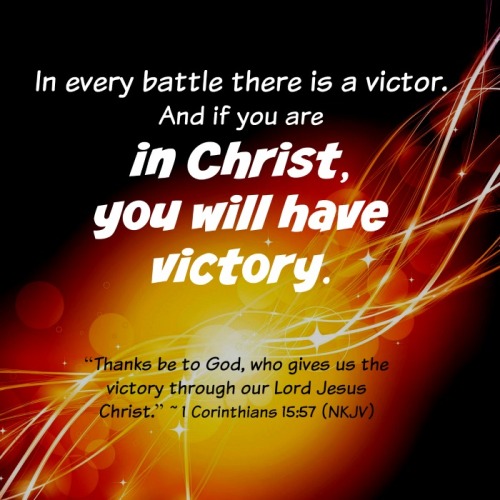 Are you into movies, books, and video games about zombies, ghosts, etc.? They can change your compunction to adverse reaction!

Evil unclean spirits are real! Many people do not believe that they exist today, but they do; as the bible says in 1 John 4:1 Beloved, do not believe every spirit, but test the spirits, whether they are of God; because many false prophets have gone out into the world.

Don’t make the mistake thinking that believers are immune to the wiles of Satan! 2 Peter 1:10 Therefore, brethren, be even more diligent to make your call and election sure. Don’t be lethargic to Christ! Pray that you will be counted worthy to escape those things that are coming. Seek Christ’s guidance in everything you do. Follow Him!

1 Timothy 4:1 Now the Spirit expressly says that in latter times some will depart from the faith, giving heed to deceiving spirits and doctrines of demons.

We are only human and susceptible to human weakness. The evil powers we are confronted with are stronger than we are so put on the whole armor of God.

Ephesians 6:12 for we wrestle not against flesh and blood, but against principalities, against powers, against the rulers of the darkness of this world, against spiritual wickedness in high places.

People wonder at the many evil things that are happening in our nation such as the number of killings in our public schools. That is tragic because it involves our children and they depend on us to care for them. The immediate reaction is to call for a ban on guns instead of addressing the reasons why it happens in the first place. Satan the Devil knows it is a major blow to humanity to attack our children and how we will react. It is a very bad thing but is by no means the most tragic!

The charts below show what causes the real carnage and guns aren’t even in the equation! Our society is gorging itself on never ending desires for luxury; suffering the consequences of poor health. Because the dollar is the biggest idol in the US, our water gets polluted, our soil is ruined chemically, the air is gravely polluted and these conditions cause many of the deaths listed in these charts. Guess what! Chemicals in our food are not going away, automobiles are not going away, alcoholic beverages are not going away, and abortions are not going to stop. Not to mention that nothing is hardly ever said about human trafficking in this country and laws that are passed to protect people who do such things.

number of deaths for leading causes of death

Nearly 1.3 million people die in road crashes each year, on average 3,287 deaths a day. An additional 20-50 million are injured or disabled. More than half of all road traffic deaths occur among young adults ages 15-44.

(CDC) 100,000 people die each year from alcohol-related causes: drinking and driving crashes, other accidents, falls, fires, alcohol-related homicides and suicides. (NCAAD) Of the 3.9 million Americans who received treatment for a substance abuse problem in 2005, 2.5 million of them were treated for alcohol use.

Up to 300,000 Americans under 18 are lured into the commercial sex trade every year.

Ecclesiastes 9:18 Wisdom is better than weapons of war; But one sinner destroys much good.

Ask Jesus, seek Him, knock on His door and He will open to you!

Jesus is your deliverer! Trust Him now! Confess to Him you are willing!

God bless you and may you respond to Him who sustains all things by the word of His power to all who believe. BELIEVE! In Jesus name, amen!

In about three weeks a celebration of a very special event in life of Jesus Christ takes place.

Just about everyone in this nation knows about Easter, but for a lot of different reasons. Some people are glad to see it because it represents another weekend when they can go camping or some other pleasurable thing. To some others it is a day that they do not understand why people make such a fuss about. And then there are the believers in Jesus Christ who celebrate His resurrection from the dead and His ascension to heaven. The resurrection of Jesus Christ is the most important and dramatic event to take place for his believers. The reason is simple for them to understand because it defines who they are and that their belief is something that is genuine because if it did not happen then everything Christians believe in is a lie and there is no such thing as eternal life in heaven and Jesus is not the Son of God.

Much of the world does not know nor believe in the resurrection of Jesus Christ but those who do believe know that Christ has indeed risen from the dead and sets on the throne of God in heaven. The resurrection of Christ represents the greatest event in the history of mankind.

But now Christ is risen from the dead, and has become the firstfruits of those who have fallen asleep. For since by man came death, by Man also came the resurrection of the dead. For as in Adam all die, even so in Christ all shall be made alive. But each one in his own order: Christ the firstfruits, afterward those who are Christ’s at His coming. Then comes the end, when He delivers the kingdom to God the Father, when He puts an end to all rule and all authority and power. — 1 Corinthians 15: 20-24

Those who believe in the resurrection of Christ possess the greatest hope and future for mankind. They will inherit great blessings. They will have eternal life, a new body, new name, new home, a great reward, share God’s glory and share the very throne of Jesus Christ.

So when this corruptible has put on incorruption, and this mortal has put on immortality, then shall be brought to pass the saying that is written: “Death is swallowed up in victory.” ” O Death, where is your sting? O Hades, where is your victory?” The sting of death is sin, and the strength of sin is the law. But thanks be to God, who gives us the victory through our Lord Jesus Christ. — ! Corinthians 15: 54-57

Those who are not Christians do not have any hope in anything except what happens today and tomorrow will take care of its self. They are already dead. Christians have eternal life dwelling in them at this moment and God gave them His holy spirit as a guarantee that this is true.

1 Corinthians 6: 19 Or do you not know that your body is the temple of the Holy Spirit who is in you, whom you have from God, and you are not your own?

Easter is a time to give praise and glory to Jesus for He is alive and has risen from the dead that we may also be resurrected to eternal life. It is through Jesus Christ that we are saved, He is the way, the truth, and the life.

Call upon His name now and you shall be saved! 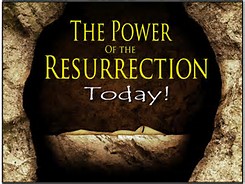 Seeking Solace in the Horizon of Life & Beyond.

The Art of Blogging

Who Is Jesus?
From The Darkness Into The Light

The Art Or Endeavour Of Being Lucid In A World We Live In... Secrets Of The Psychics... Energy, Universe, Futurism, Film, Empowerment...Digital Abstract Art Rendering...

Strengthen the believer. Answer the critic.